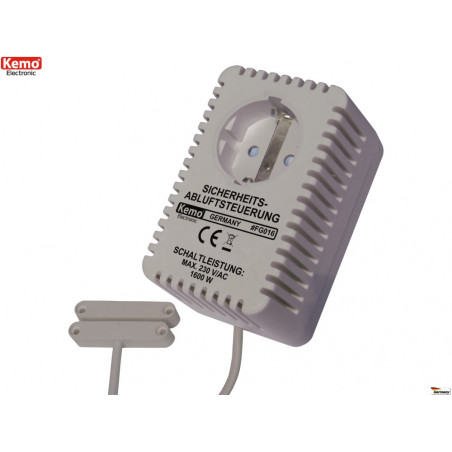 230V schuko socket with activation controlled by magnetic sensor for door or window, activating the load only when the door or window is open.

Between socket and sensor there is a connection via a single cable of about 5m.

The device was originally designed for the safety of homes (living rooms and kitchens) in controlling the ignition of air extractors only in the presence of an external door or window open so as not to reduce the amount of oxygen in the environment and to avoid hence the favorable condition for the generation by burner elements of any type of carbon monoxide, a dangerous, odorless and colorless toxic gas that can cause the death of people and animals.

With this device, the ignition of these air extractors takes place only in the presence of the open window or external door, allowing an adequate exchange of the air extracted by the smoke extractor.

The Chimney Directive (M-FevVO§4) prohibits the operation of a chimney and simultaneous air intake, unless there is a sufficient supply of fresh air (for example the window in semi or fully open position). The magnetic sensor of the drain control is mounted to the window. The extractor hood can only be switched on if it transmits the "window open" signal via the approx. 5 m of cable. A generation of dangerous fumes in the living spaces is thus prevented. The exhaust control is an adapter, which is simply placed between the socket and the plug of the extractor hood.

In addition to this use, the device can be used to activate any electrical load (lights, fans, displays, etc.) only in the presence of an open door or window. 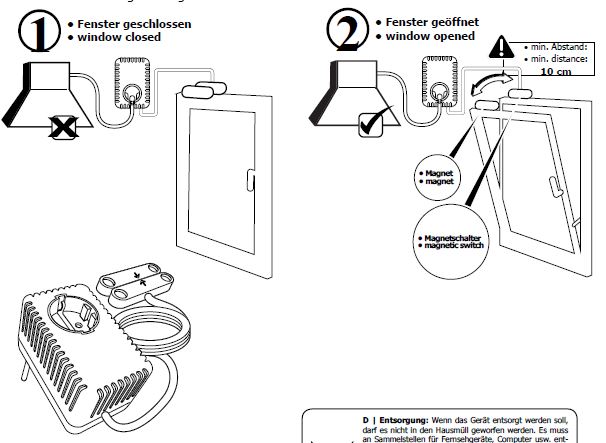 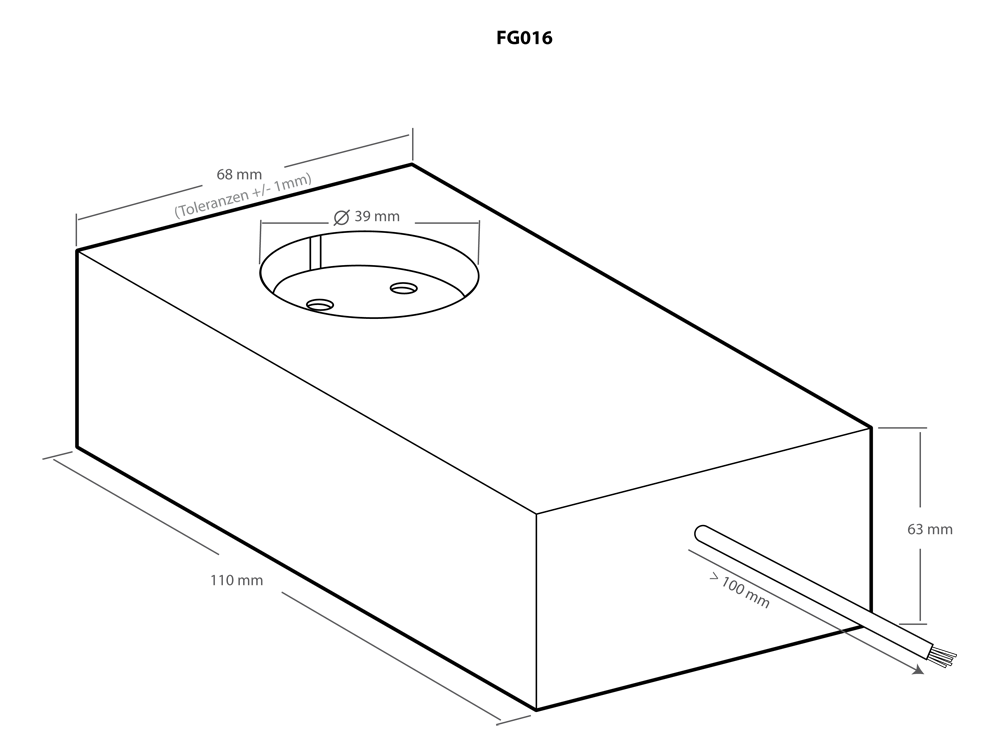